Making holiday arrangements for children after a divorce

With the holiday season just around the corner, many parents in the UK will be preparing to care for their children over the Christmas break. In cases where parents are separated or divorced, this can be a particularly delicate matter – even leading to conflict over where a child will be on key dates such as Christmas Day and New Year’s Eve.

To prevent ongoing disputes, holiday arrangements are often negotiated during divorce proceedings. By formalising any agreement in writing, both parents understand when they can expect to see their children each year. For those former partners who find it difficult to reach terms over holiday arrangements, making this matter part of mediation discussions can help both parties to work together in order to reach an agreement that works for both parties and, of course, the child or children.

Mediation is central to many divorces because it enables former partners to resolve disputes and reach agreements without the need to go to court. Mediation can take place over the course of a single session or many, depending on the complexity of the arrangements and the willingness of parties to reach an agreement. Under typical circumstances, mediation is also a more cost effective solution than court proceedings.

A mediator is a trained legal professional who acts as an independent third party to help both sides to come to an agreement.

While mediation can help to form the basis for custody and childcare arrangements, there will inevitably be an ongoing requirement for dialogue between a divorced couple in making holiday arrangements.

To avoid conflict at these times there are a number of practical steps that can be taken to ensure that all parties are clear on arrangements and avoid further legal disputes. These include:

It goes without saying that the more notice a parent can give of their intentions to take holiday time with their children the better. This can help to avoid both parents from booking time off on the same dates. During the festive period, when it is likely that you and your former partner will not be at work, childcare arrangements should also be agreed well in advance – often as much as two months prior to the event.

If your relationship with your former partner is an amicable one, it can be helpful to sit down together and create a calendar of planned holidays and childcare sharing over the course of a year or six month period.

Key to a smooth relationship between former partners is a complete transparency over the whereabouts of the children during a given time with a parent. As a minimum, you should tell the other parent where you plan to go during a holiday, where you will be staying and how they can contact you in the event of an emergency. Agreeing a time for daily correspondence between children and the absent parent is also advised to provide peace of mind.

Air concerns with advice from your legal expert

If you are concerned about the plans a former partner has put in place during the holiday, such as a trip abroad, it is important to make your objections clear as early as possible. In more serious cases, mediation and even court action may be required to resolve such a dispute. It is worth bearing in mind, however, that you and your legal advisor believe there are genuine grounds for concern. In the majority of cases a court looks upon holidays with a parent as beneficial to children rather than a danger.

If you are unhappy with arrangements but are not sure that there is a case to answer, seek the advice of a legal professional.

As your children get older they will most likely look to gain greater control over their own free time. While it is important that both parents retain regular access to their children (assuming that custody is shared and that there are no visitation restrictions), keeping the child’s views in mind can be crucial to retaining a harmonious relationship.

Allowing teenagers to have input on holiday decisions and their whereabouts over Christmas in advance will ease the pressure that can often surround such circumstances. This is particularly relevant for children who want to be near their friends or particular members of their extended family at certain times of year.

Do you need the assistance of a family legal service provider to assist with mediation? Start comparing the best experts at the best prices here 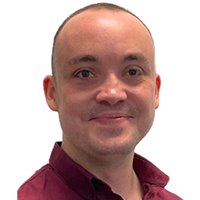 We can find you a family solicitor who will help

How to get a divorce with children

How to help your children as you organise child residency

How to make a parenting plan